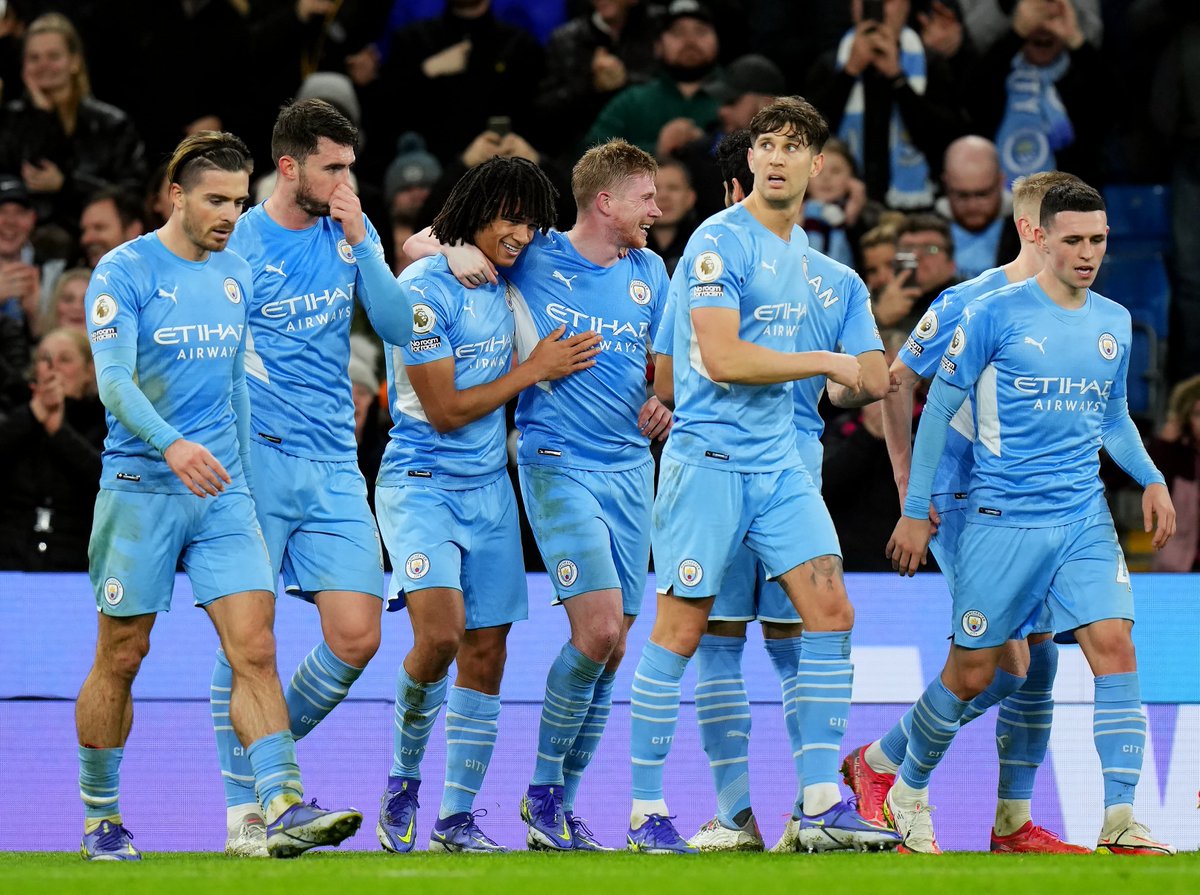 Premier League champions Manchester City played out a goalless draw with Sporting Lisbon at home thereby securing a place in the Champions League quarterfinals via a 5-0 aggregate victory. City had done the bulk of the job in the first leg thanks to the 5-0 away win over their Portuguese opponents.

Manchester City boss Pep Guardiola faced the media for his pre-match presser on the Palace game on Thursday, but he was not certain about the availability of Cancelo and Ake for the Premier League encounter. Portuguese star Cancelo missed the second leg of the Sporting Lisbon tie due to illness and Pep said he doesn’t know whether the ex-Juventus and Valencia fullback will be fit to face the Eagles. On Ake, the Manchester City boss was also not certain about his availability of the Dutch defender for the game as he said he’s keeping his fingers crossed over his availability for the game at Selhurst Park. Young forward Palmer is also a doubt for the game as he continues his recovery from an ankle injury.

Guardiola could miss as many as six players for the Palace game depending on the availability of Ake, Cancelo and Palmer. The former Bayern Munich and Barcelona manager is already without the suspended Benjamin Mendy for the game in addition to the injured duo of Ruben Dias and Zack Steffen. Guardiola and his players know they can’t afford to drop points at Palace with Liverpool breathing down on them as far as the Premier League log is concerned. They have six points more than Liverpool at the Premier League summit and they have played one game more than the Reds.